GATSBY AT TRINITY, by Ian Flintoff

Review: Gatsby at Trinity – The Mystery American and the Dreaming Spires

Gatsby at Trinity follows F. Scott Fitzgerald’s mystery man Jay Gatsby before he was a mystery. We watch as he enrols as a student at Trinity College, Oxford, in 1919, after serving in the Great War. The play is adapted by the book of the same name by Ian Flintoff, who studied Modern Languages himself at Trinity, wrote the book of the same name. Where better, then, to stage this original play than on the lawns of Trinity with the glow of a mid-June sun to accompany the laid-back timelessness which the actors bring us?

An older, now ‘Great’, Gatsby, played with the right combination of charisma and introspection by Kevin Hurlbutt, accompanies the audience as they watch the younger Gatsby (Alec Watson), fresh from the War in army attire, find his way to Oxford from Manhattan. At first sight Watson and Hurlbutt have too little resemblance to be playing the same person — but soon enough we find this in fact benefits the structure of the drama: the young Gatsby is yet to be comfortable in his own skin, and Watson communicates this well with slightly clipped movements, while Hurlbutt declares himself by being the one character to command the space.

Where better, then, to stage this original play than on the lawns of Trinity with the glow of a mid-June sun to accompany the laid-back timelessness which the actors bring us?

As with Fitzgerald’s novel, Gatsby’s primary preoccupation is his distant love Daisy. Watson and Hurlbutt do well to communicate that Daisy is constantly existing in Gatsby’s mind, in whatever situation he finds himself: the consistent transformation of poetry (of all kinds) by Gatsby to include Daisy was a particularly appealing part of the script.

Watson and Hurlbutt are accompanied by a charming if not constantly engaging ensemble. Highlights included: Dan Hall as Dean Higham, eyeing Watson with a momentary maniacal flash of the eye as he sets him an essay on Virgil’s Eclogues IV; Leanne Yau as Madge, unravelled from her first appearance as glamorous (and talented, I might add) singer who is later self-described as a ‘blue stocking’ with a soft spot for Kant; Marianne James bringing the cool intelligent charm as President Blakiston; Reya Muller generating consistent laughs as the scout ‘Cadders’.

The pacing of the conversations felt at times misjudged: the actors could have done with some tighter direction for delivery and for the use of space. All the same, a good backdrop for Gatsby’s self-discovery was provided. Mention must be made of Liam Gesoff, whose smooth piano playing was the key to the romanticisation of Gatsby’s experience at Oxford.

The actors do very well to communicate that we have only just emerged from a war with countless casualties. Blakiston (James) makes the most use of the snippets from the script that weave references to the sorrow caused by the War in conversation with Gatsby. These moments provide a break from the humour of the displaced American in an English town, which wears thin after the first half. Indeed, the play may be too long for its own good: it is difficult for the actors to keep the audience’s attention if the script restricts them to static exchanges.

But the poetry of the play’s ideas ends up staying in the mind after viewing. It is not easy to pull off a piece that interjects lines of Virgil, Cicero and Sassoon, but Watson has a convincing way of personalising what he reads or listens to — and in doing so invites the audience to do the same.

Gatsby at Trinity is well-suited to be a garden play: the bright sun on the lawns of Trinity is an experience we can share with Oxford undergraduates from a hundred years ago, and the actors bask in it as much as we do. While the production could have done with a smoother pace and a more confident voice, the laid-back energy the ensemble cast provided was a well-judged backdrop for Gatsby’s maturation into the charismatic man that Hurlbutt gives the right energy to.

NO MAN'S AN ISLAND

In the ssummer of 2918 we presented the premiere of a play by Richard Mitchell of California: NO MAN'S AN ISLAND. It's about the friendship of plawright George Bernard Shaw and the American heavyweight Boxing Champion, Gene Tunney. They were great friends and went, with their wives, for a holiday on the island of Brioni. Tunney's wife, Polly, was diagnosed as fatally ill. Tunney was a devout believer, Shaw and atheist. The oplay looks in careful detail and research into this true story. It was professionally acted and directed (by Ian Flintoff) at the Old Fire Station Arts Centre, Oxford, in the last week of August 2018. 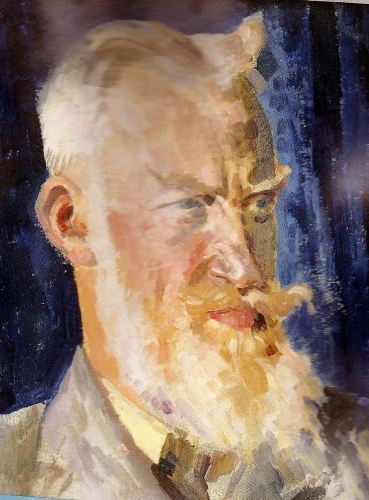 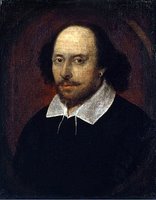 A work in progress by Robert Cohen, commissioned by Pitchfork to be premiered in 2012.

On 7th February 1601, at the Globe Theatre, the Lord Chamberlain’s Men gave a performance of Richard II, a play written some years before by their very own player-playwright William Shakespeare, concerning the dethronement in 1399 of the eponymous king by his cousin Henry Bolingbroke.

By all accounts the company were less than keen to resurrect the play, ostensibly because it was too old and "out of use" to attract a large audience, but perhaps more likely because of the controversial nature of the piece. 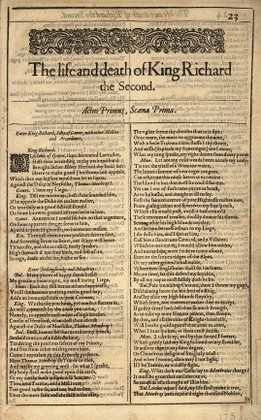 The ousting and murder of a king would represent chancy material at the best of times, but these were not the best of times, at least not for the incumbent monarch; aged and ailing, Elizabeth I was at this point inspiring ever more frantic speculation about who was to succeed her on the English throne. Furthermore, the people seeking to commission the performance were followers of the Earl of Essex, the one-time royal favourite who of late had become a magnet for people discontented with the prevailing regime.

The Lord Chamberlain’s Men were right to be concerned; it was not for Richard’s dramatic qualities that the would-be producers wished to see it staged, but rather for its propagandist potential. The performance went ahead (well, they were offering 40 shillings over the odds), but even as Shakespeare and co were treading the boards at the Globe, Essex and his admirers were putting the finishing touches to plans for a coup d’état... 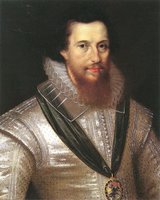 This is the situation at the heart of Propaganda, commissioned by Pitchfork from Robert Cohen and intended for staging as part of Shakespeare United 2012, the nationwide Shakespeare celebration being planned for the year of the Olympics.